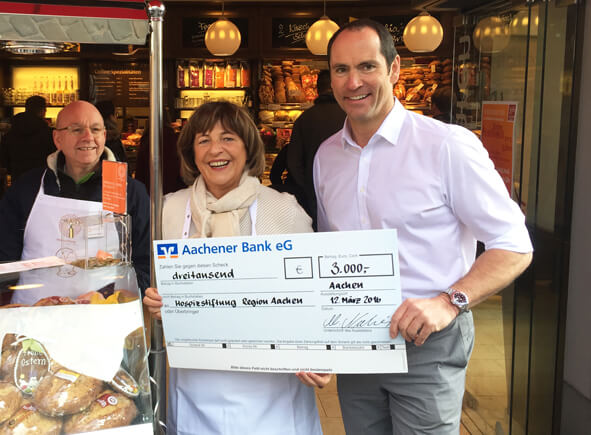 For many decades, Nobis Printen has supported the “Franziska Schervier Stube” with bread donations for the daily breakfast for people in need. You can also help with the donation coin! Give away the coin and the reciever can buy a breakfast. Donation coins are available at the inner-city Nobis bakeries and cafes.

In December 2017, we supported a fundraising campaign by the Aachener Zeitung and Aachener Nachrichten against hunger in Africa.
Our customers donated €0.40 to Unicef per spelt wholemeal bread sold. We increased this donation to €1. So, by the end of last year, € 10,000 was raised for hungry children in South Sudan. 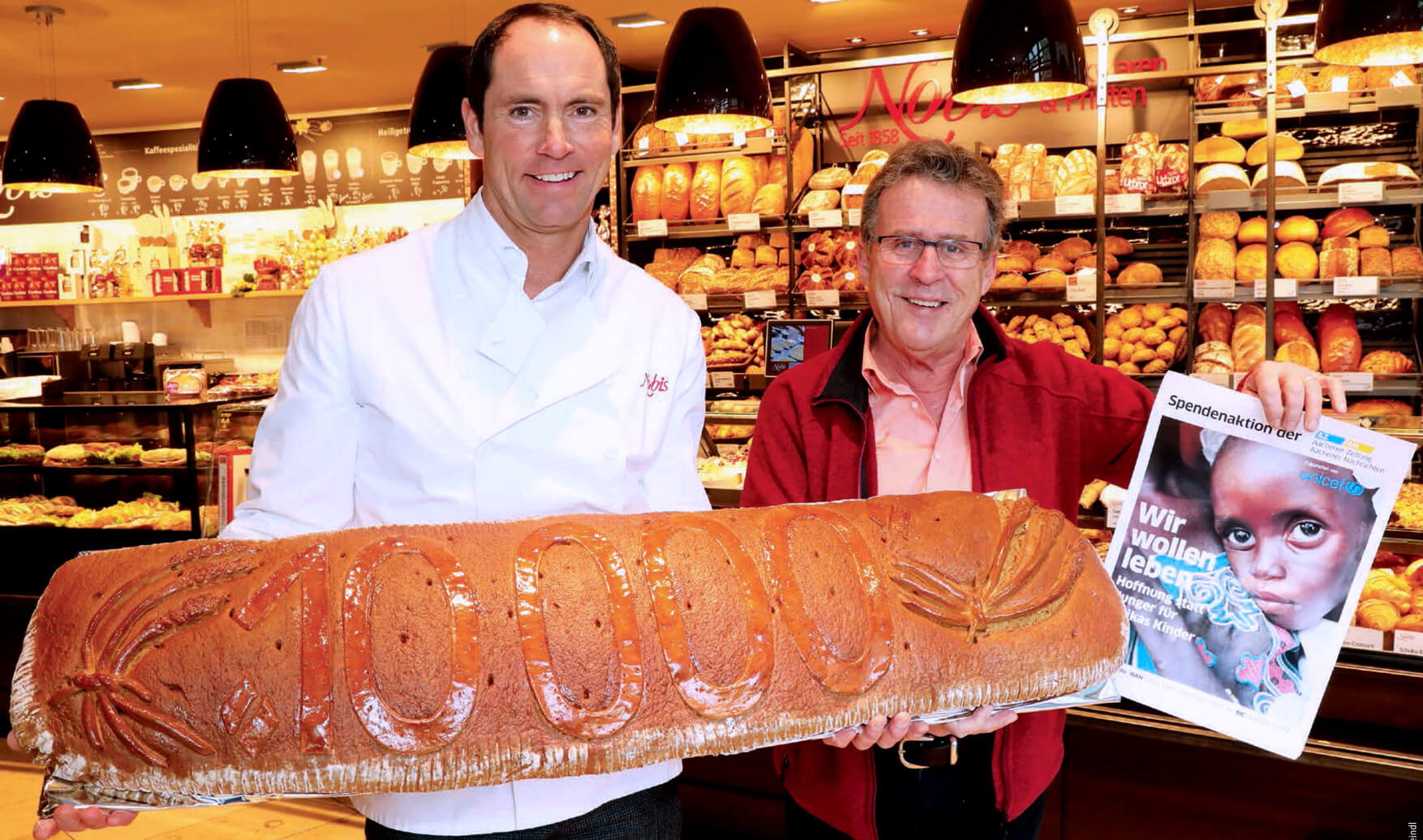 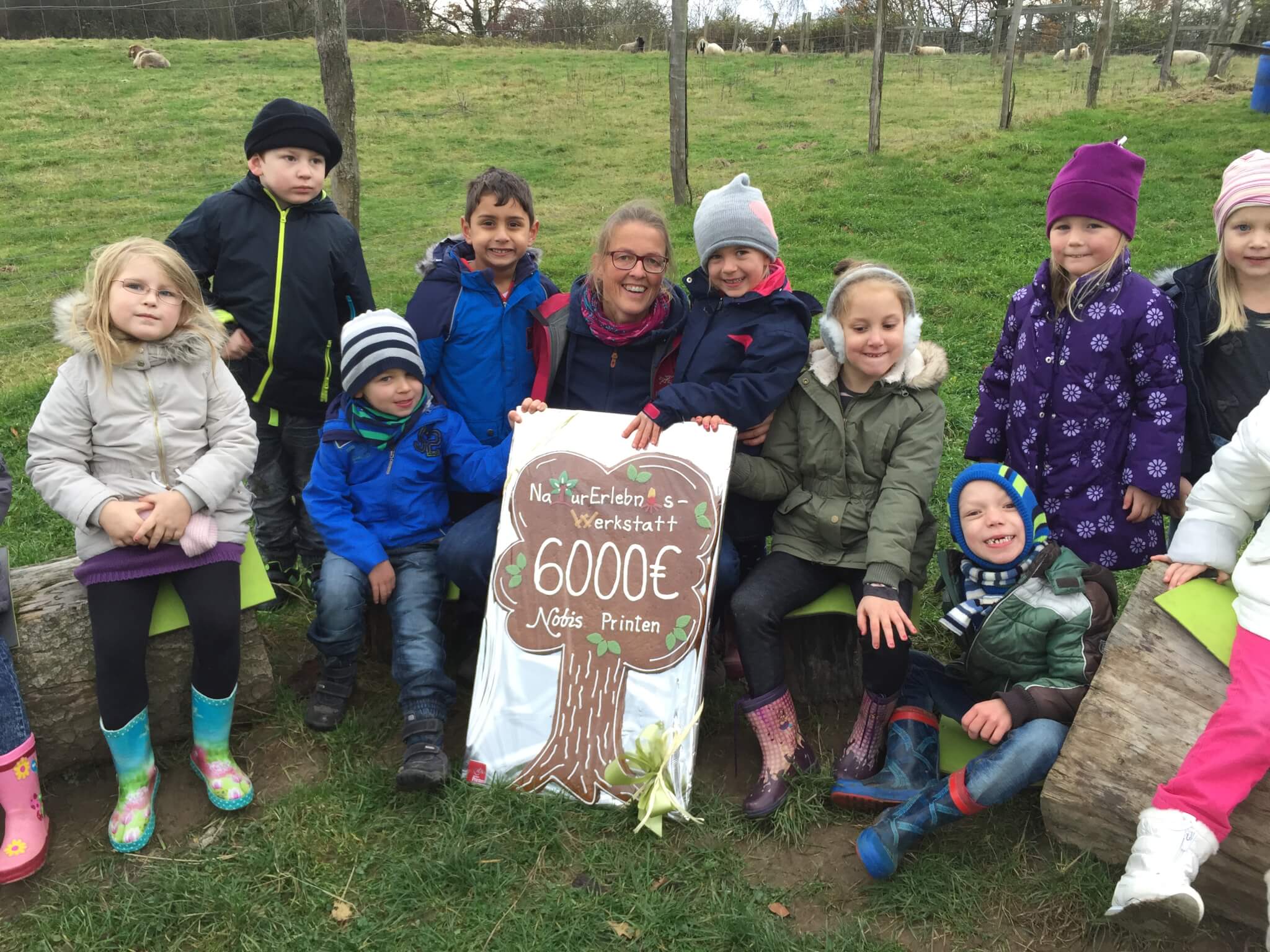 €6,000 for the nature experience workshop of BUND

Since the 1st of April 2016, we only gave away our shopping bags for 10 cents apiece. Our customers were also able to collect stamps as an alternative to the usual carrier bags if they used our Fairtrade organic cotton bag for their purchases. For each full stamp card we donated €1 to BUND.

In November 2016, we handed over the amount of €6,000 to the nature experience workshop for children of the BUND Aachen district group.

For 25 years now, the “DAS DA” children’s theatre has been touring the Kindergartens, Kitas and schools of the region and gives in some cases more than 300 performances per Season for around 30,000 children and youth. In order to ensure that this is still possible in the present and futre, we support the children’s theatre with €4,300 for performances at the family centre Rococo, the Montessori children’s house, the Kitas Talbotstraße, Wiesental and Scheibenstraße, the Stolberger Strasse Kindergarten and the elementary school Feldstraße. 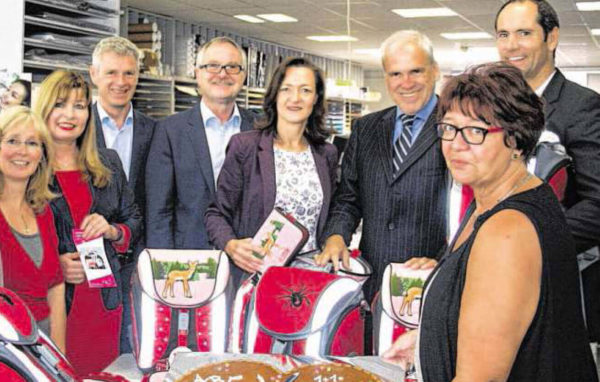 Project “We start the right way – no child without school rants”

Together with Rotary Club Aachen-Country, we support the project “We start the right way – no child without school rants”, so that first-graders from financially disadvantaged families start school on an equal footing.

This is a project of the “Tatort” club: www.tatort-verein.org

The purchase of a school bag for a first-grader is a costly affair. More and more families cannot afford this. Here, the club helps uncomplicated and anonymous. 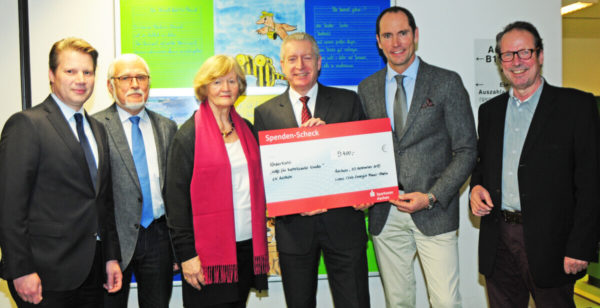 Probably the “largest Printe in the world” was a complete success.
The proceeds of €5,400 were donated to the support group “HELP FOR CANCER CHILDREN”

Fresh and tasty: probably the “largest Printe in the world” had a length of about 12.40 meters and a width of about 1.80 meters. The Nobis spiced Printe in the form of man and woman finally brought a weight of 350 kilograms on the scales. The tasteful heavyweight was enhanced with spices such as cinnamon, coriander, cardamon, allspice and cloves and decorated with almonds and cherries. The baking time for each of the 52 “construction” parts in the format 1 x 0.60 meters was about 30 minutes.

As part of the Nobis initiative, we supported numerous aid organisations, charitable institutions, Kindergartens and parishes in Aachen.

By way of example, the following may be mentioned:

We want to share joy and enjoyment of good baked goods and healthy food with all people in Aachen, even the youngest.

For the 150th anniversary of the company, we supported several selected facilities for children in Aachen.

As part of our 150th company anniversary in 2008, we have launched an initiative that supports needy institutions for children in the city and district of Aachen with a total of €12,000. In addition to the “sheer” saturation of the children, the focus was also on communicating togetherness and the importance of healthy nutrition.

We have supported eleven institutions – and therefore around 1,100 children and adolescents – with amounts ranging from 500 to 1,500 euros. We have won cooperation partners for two other projects. An independent expert jury with representatives of the city of Aachen, the church, the media and parents’ representation decided on the awarding of the funding.

The Nobis Children’s Initiative entered the second round.

Customers were included and had the choice when shopping: discount on the next purchase or a donation for the Nobis initiative. Most customers opted for the donation. € 8,500 were collected, which were doubled by Nobis Printen.

The Nobis initiative for children in Aachen continued.

Again, the customers were included in the campaign and had the choice again: discount on the next purchase or donation for the Nobis initiative.
Nobis Printen then doubled the amount donated.

Eight kindergartens and daycare centers in the city and district of Aachen received a total of € 7,500. 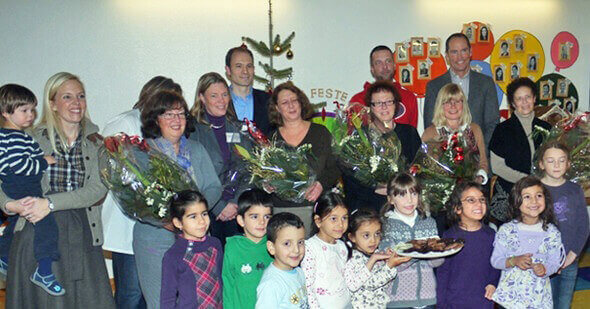 The Nobis initiative for children in Aachen also continued in 2012. New kitchen furniture, kitchen appliances, flour mills, a children’s sideboard, a children’s restaurant and outdoor seating were all redefined at carefully selected facilities in the city region.

A kindergarten, two day care centers and a primary school received the 5,000 € for the preparation of food.

Michael Nobis was honored on 19.05.2011 in the Coronation Hall of the Town Hall on behalf of Nobis Printen with the prize “Aachen Social” of the family entrepreneurs (ASU) and the Young Entrepreneurs (BDJ) for his social commitment. He is the fifth recipient of the award, which is endowed with € 5000.

This amount was doubled by Nobis Printen and half was donated to “St. Francis – sisters of the poor” of the “Schervier-Stube” and the other half to the Nobis initiative for children in Aachen.

Sand roll donation for the “BreastCenter”

In October 2011, sand rolls were sold in all Nobis bakeries in favour of the Aachen “BreastCentre”. The pink sand rolls were for sale for €1.20 apiece. The price included a pin of solidarity.

The complete sale proceeds went to the “BreastCenter”.

“AACHEN MACHT SATT” is a social network initiated privately in 2010, an initiative of people from Aachen against the hunger of children in Aachen.

At the beginning of 2011, we donated the entire proceeds from the sale of 1,000 “Aachen-macht-satt” breads to the Kinderschutzbund Aachen for the AGIL project at the “Schatzinsel” kids daycare center. 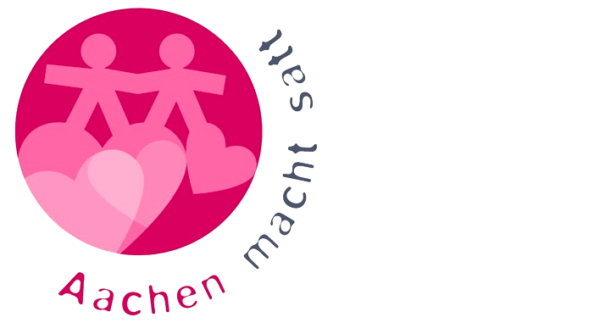 The integration of the disabled is a highly neglected topic in the war-torn Congo. These are church initiatives that are particularly involved here. Every chance of education and integration opens up a fuller life for these children.

In order to facilitate the daily care of the children, the purchase of a diesel-operated corn and manioc mill is planned. Missio was asked to finance this corn mill.

Your donation can be an irreplaceable contribution.

The non-profit organization Breakfast 4 Kids provides numerous children in Aachen and the surrounding area with a snack bread. Whenever help is needed and accepted, Breakfast 4 Kids is on hand.

We supported Breakfast 4 Kids with buns for a school in Aachen.

Aachen Cathedral is close to our hearts – not only because of its close proximity. We support “Domkapitel” and “Karlsverein” – we sponsored the stone statue of Jacobus, the younger, patron saint of pastry bakers and pastry chefs at the Anna and Matthaaskapelle, thus securing the sustainable restoration.

Poverty has many faces and is at home everywhere. A social focus of the city of Aachen is the eastern district. More single parents, unemployed and foreigners live here than in other parts of the city. That’s why “Aachener Tafel” has opened a shop in Goerdeler Strasse. Here, citizens in need can buy donated food for a small fee and thus relieve their household budget.

We regularly support the Aachener Tafel with baked goods. 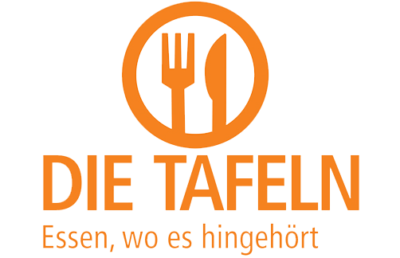 The Franziska-Schervier-Stube is a so-called low-threshold offer for people in need. The bearers of this institution are the poor sisters of St. Franziskus.

For decades Nobis Printen has supported the Franziska-Schervier-Stube with bread donations for the daily breakfast for people in need. 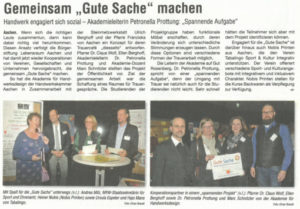 The day care centers for children of St. Barbara, St. Corpus Christi, Schikita and Clara Fey are regularly provided with bread for a breakfast together.